The Kew Golf Club is Melbournes third oldest golf club.  It was formed in 1894 by James Anderson, a solicitor, and Fred Fitts, an architect, to provide golfing facilities for the residents of Kew and Hawthorn.

The first course was laid out on leased land about a kilometre south of the present site.  It was just south of the Old Outer Circle Railway and was designed by Richard Taylor, Australias first golf professional.

The first clubhouse was on the south side of Asquith Street, near the corner of Willsmere Road.  The course was extended to the north of the Railway in 1896 and further to the east in 1899 till it occupied much of the land in the area bounded by Asquith Street, Belford Road and Willsmere Road.  In these early years some famous Australians were playing golf at the Club: Edwin Flack, Australias first Olympic gold medallist: W.H. Archer, a statistician; outspoken parliamentarian Sir Frank Madden, an early president; controversial musician, Professor Marshall Hall; and Bishop Long who was Headmaster of Trinity Grammar School.

Kew was a foundation member of the Victorian Golf Association and the Victorian Ladies Golf Union, and was an active participant in the early days of pennant golf in Melbourne.  Club members Fred Waters, Norman Lockhart, cyclist Don Walker and Mrs Merritt were among the leading golfers in the state.

In 1916 the club lost much of its land to a housing sub-division and struggled for a few years with an inadequate layout.  A huge step forward was made in 1922 when the first freehold land of 92 acres was purchased on the corner of Belford and Kilby Roads, extending to Meldrum Street in the east and all the way to the Yarra in the north.  Club professional Jock Robertson and Jock Young laid out the new course on the Yarra River Flats and despite occasional inundations, the Club entered a new era of consolidation and advancement that was underpinned by a long period of staff stability.  Club Manager Les Hardie, professional Billy Smith and curator Jimmy Mullin all remained at the Club for many years.  A fine clubhouse was constructed (later extended) which stood for more than 40 years.

In 1960 the Club learned that it was to lose part of its course to the proposed Eastern Freeway.  The next few years saw considerable change.  Land fronting Kilby Road was sold and the course was completely redesigned and rebuilt, being extended in the east across Glass Creek. No sooner was this work finished than the Board of Works announced plans for an expanded Freeway, which was to cut right through the clubhouse.  Another major redesign was required. Further land was acquired in the east that included the present fourth and sixth greens and in the Yarra River loop where the fifth and sixth tees stand today.

The Club was also able to acquire a triangle of land through which the second fairway now passes (the Grant Hay Triangle) which it had sought for many years.  By the early 1970s after a decade of inconvenience and two reconstructions, the modern clubhouse and fine course which we enjoy today had been built. The course has few weaknesses and is acknowledged as among the best clay belt courses in Victoria.  Its strength lies in the use of the natural water lakes and billabongs. Glass Creek and the Yarra River have all been incorporated into a layout of great natural beauty with water birds abound. Dusky moorhen, purple swamp hen, pacific black duck, maned (wood) duck, chestnut teal and eurasian coot can be seen every day. The course is very tight with an emphasis on driving as most par fours are doglegged.  The course is 6179 metres par 72 and is maintained in excellent order throughout the year. The clubhouse was built in 1972 and has a dominant view of the course and Yarra Valley.  Between 1999 and 2002 the clubhouse progressively was updated, with particular emphasis on an outdoor BBQ area and a new Professional Shop. In late 2002, the interior was refurbished with a new bar and front entry added. 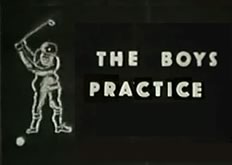 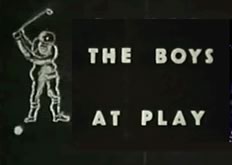 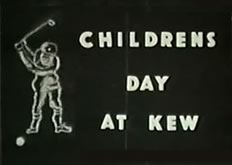